In December 2015, all but a handful of the world’s governments signed the Paris Agreement, which committed them to limit carbon emissions to keep global temperatures from rising more than 2 degrees celsius.

For those who would like a greener energy profile, there are options for financing renewable energy production, specifically solar, which has seen the largest price drops over the past 10 years. Keep reading to learn how you can finance a solar energy production project and how lenders like AVANA Capital can help.

What is Solar Development Capital?

Getting a solar project off the ground is a multi-stage process, with each phase requiring different types of financing to fund them. First, you’ll need a space to set up your solar farm. That means getting a lease on the land and proper permits for installing the solar panels.

You’ll also need to connect your solar farm to the power grid even if you’ll be using all of the electricity on-site –– the building is still connected to the grip. Linking up with the grid means paying at least a deposit for interconnection fees. Most importantly, you’ll need equipment like solar panels, racks to hold them, and cables to connect them.

All of those initial costs can be funded with solar development capital. The earlier stages are referred to as Pre-NTP, where NTP is a notice to proceed. When a contractor receives a notice to proceed, they have full control over how to move forward with the project. Everything is in place and ready for work to begin.

Pre-NTP or LNTP (limited notice to proceed) status allows contractors to work on specific aspects of the project before everything is fully-permitted. For a solar site at the LNTP stage, the developer hasn’t signed a power purchase agreement (PPA) with a buyer, but has obtained a permit and received clearance following an environmental impact study. A project at the NTP stage would have a PPA and approval to connect the site to the power grid. 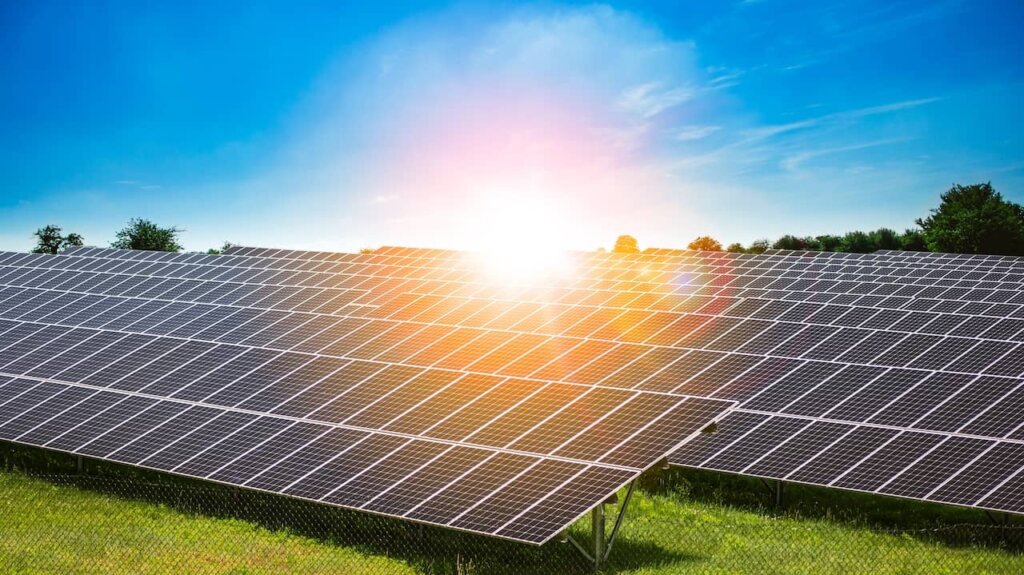 Financing a project with an NTP is significantly less risky than one at the LNTP phase. Having a power purchasing agreement is one of the strongest indicators that a solar project will succeed, and thus securing financing at the LNTP stage is more challenging.

Once you have an NTP, lenders are more comfortable providing construction and equipment financing. Lenders at the LNTP level, which are covering things like land lease agreements and interconnection, have fewer routes for recovering their investment if the project fails.

In the past, LNTP solar funding was hard to come by. Developers often paid all of the upfront costs, typically from the proceeds of a previous project. Solar farms are considered much less risky these days and there are numerous investors to court: oil and gas companies, ESG funds, and many of the typical energy lenders.

That being said, LNTP projects frequently encounter delays, so you’ll need experienced creditors that understand the difficulties of getting approval for all aspects of a solar farm. Solar development capital lenders make an investment based on the quality of the company’s leadership and management teams.

Previously completed renewable energy projects are a strong indicator of future success. Once a project has reached the NTP stage the process becomes a bit less complicated. Delays after NTP are consistent with any type of construction loan.

How To Get LNTP and NTP Solar Financing

Finding financing for a solar project can be challenging at the NTP stage and even more so at the LNTP stage. The energy market is incredibly unpredictable; cheap oil can shrink the demand for renewables, but new technologies are coming onto the market that can make renewable energy a level of magnitude cheaper. In the long run, though, renewables will be the energy of the future.

If you’re ready to get your solar project off the ground but don’t know how to make it happen, AVANA Capital can offer financing at both the LNTP and NTP stages for renewable energy projects. Our lending experts have a wealth of experience in the renewable energy sector and can guide you through each stage of the process, from securing a land lease to constructing the solar farm itself. Contact us to learn how we can make your green energy dreams a reality or apply for a loan today.